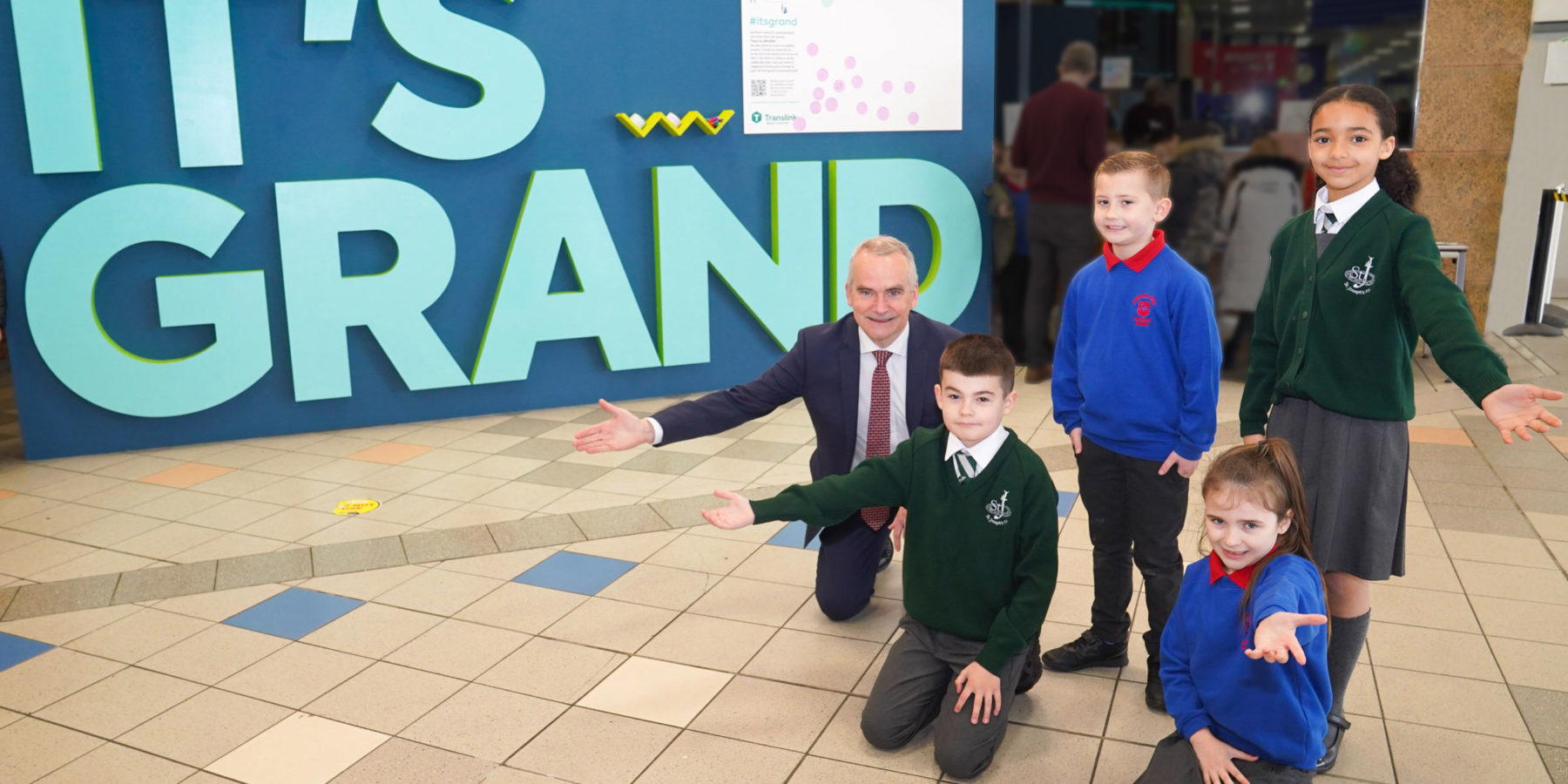 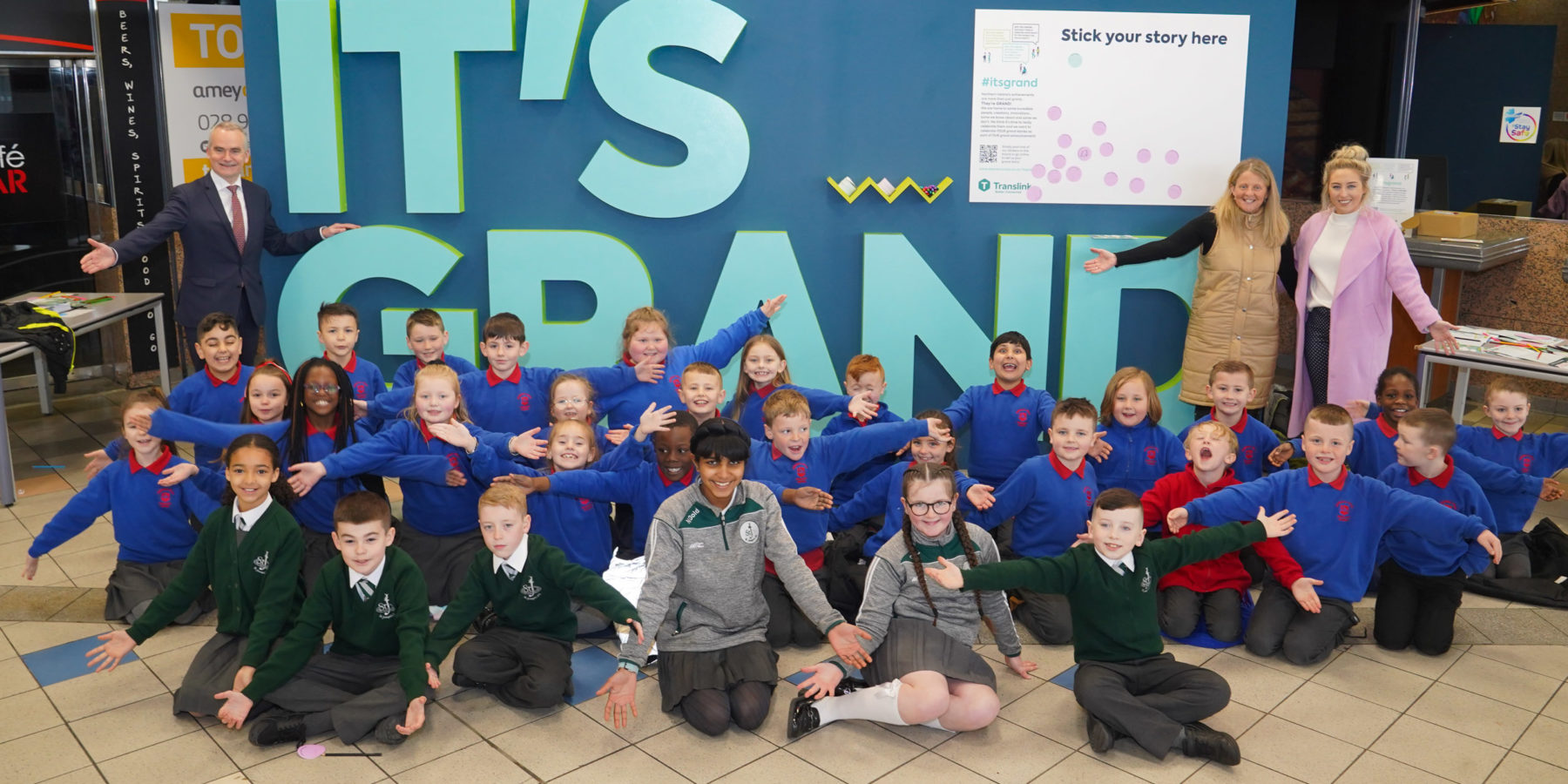 The new name is being celebrated with community engagement, through an innovative and dynamic ‘It’s Grand’ Story Board at Europa Buscentre which will be an integral part of the Belfast Grand Central Station’s Arts and Heritage strategy, “Everything is Connected”.

In a creative twist, Translink is taking the much-used local expression ‘It’s Grand’ into the wider community to encourage people to share their own ‘grand’ ideas and experiences.

The name comes as work gets underway on this exciting new project that will deliver an impressive new multi-modal integrated transport hub set to be a major gateway for Belfast and for Northern Ireland, creating a sense of arrival for a modern, progressive region.

Chris Conway, Translink Group Chief Executive, said: ‘‘The new station is a hugely significant step forward in delivering a world-class customer experience. Set to be the largest integrated transport facility on the island of Ireland, it will showcase innovation and design on a truly grand scale.  We are delighted to work with the community to present the fitting name ‘Belfast Grand Central Station’ for what is set to be a truly iconic landmark for the city.

“We consulted with a wide range of stakeholders regarding the new name and received very positive feedback with many people seeing this as a bold move, apt for a reimagined, vibrant and confident city”.

“As part of a new campaign to promote the new name we will be uncovering other ‘grand’ NI achievements that we think should be celebrated and want to encourage the wider public to join in and share their own ‘Grand stories’.

“We look forward to rolling out our new Arts and Heritage programme, “Everything is Connected” as this project progresses” Chris concluded.

The story board will be in Europa Buscentre until Friday, 29th April and members of the public are invited to come along and add their ‘Grand’ stories of Northern Ireland’s people and places, as part of the wider arts and heritage activity for Belfast Grand Central Station. There will also be the opportunity to input into what art will look like at Belfast Grand Central Station.