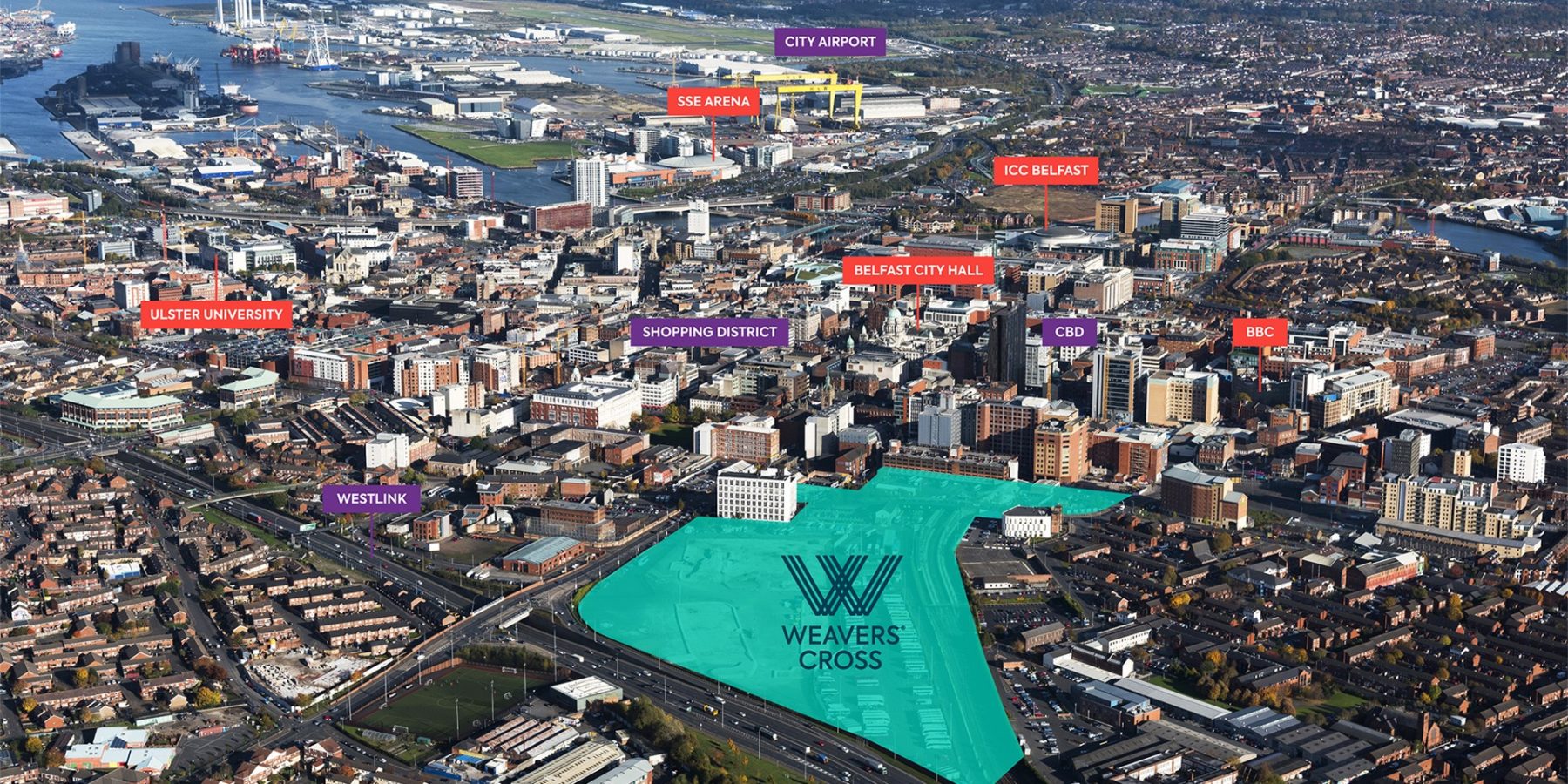 A major planning application has been submitted to Belfast City Council for the Weavers Cross Regeneration Project, following an extensive community consultation process.

The submission of the outline planning application by Translink sets out the development ambition for the 1.3+million square foot brownfield site, on land surrounding the new Belfast Transport Hub, a central site just a five-minute walk from Belfast City Hall.

Once fully occupied, Weavers Cross will have the potential to create Grade A office accommodation and mixed tenure homes in the city centre. At its heart lies the approved Belfast Transport Hub and Saltwater Square; a central gathering place for events, recreation and connection. The outline application submission follows a comprehensive pre-application community consultation that reached more than 50,000 citizens.

“We have sought to bring forward proposals that sets out a direction for inclusive regeneration, to be delivered by an appointed developer partner. We are delighted that there has been resoundingly positive feedback across the local community, business, passengers and the wider public, about the opportunity that Weavers Cross can deliver.

“The proposals were viewed online during the consultation period, alongside displays in the current Great Victoria Street Station and community workshops.

“Utilising the Belfast Transport Hub as a catalyst for transport led-regeneration, Weavers Cross is not just an opportunity to create new modern employment space and homes in the city but will generate long-term jobs and social value.

“As a hugely important NI Executive Flagship project, it will contribute to enhancing the city in line with the Belfast Agenda ambitions, helping ensure its long-term success for the benefit of everyone”. Chris concluded.